Diggerland’s Adventure Parks were the brainchild of Hugh Edeleanu, Chairman of H. E. Services, the largest supplier of digging construction machinery for hire in Europe. Hugh hit on the idea of Diggerland following a family open day in 1996. The children were fascinated by all the machinery and by just sitting in the cabs of diggers, which to them were larger than life toys and it seemed their playrooms had come to life. It literally made their day! From seeing this, Hugh could see an exciting venture and the concept of Diggerland was born. This is Diggerland’s history! 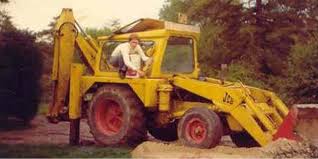 What sets Diggerland apart from its competitors is that it truly is a fun day out for all the family – all ages can participate in the day, although for the very young they may have to take control of the digger from the safety of their parents’ laps. Perfect for family days out!

The concept of Diggerland is simple yet unique. It was not enough to just park some construction machinery on a site and open the gates; much more meticulous planning has gone into the creation of the Diggerland brand, which since it has been trading has gone from strength to strength. Each of our parks offers over 20 different attractions with over 100 machines and every year new rides and drives are introduced to the parks.

The secret of Diggerland’s success is that it has never moved away from its design concept – all rides and drives must be construction based but must also offer the thrills and excitement demanded by visitors, who are constantly being offered new alternatives. Yes, you can drive a dumper or a digger, but you can also enjoy a ride on the Dig-a-Round carousel, enjoy the view from the Skyshuttle or take a whirl in Spindizzy – not for the faint hearted but a design sensation.

Diggerland Kent opened in April 2000 and the park was an immediate success with over 20,000 visitors passing through its gates in the first year. Building on this success Diggerland Durham opened in March 2001 and 2 months later Diggerland Devon opened. Our latest UK-based Diggerland Park is set on a 70 acre site in Castleford, Yorkshire and opened at Easter 2007. Indeed, such was the customer demand that Diggerland Kent moved to a new site in 2003 and now has the capacity for 2000 visitors a day. But the story of Diggerland has only just begun…

In June 2014, our friends across the pond wanted in on the Diggerland brand and so Diggerland USA was born, another milestone for Diggerland.

Each Diggerland Park is very different in its position and layout. Diggerland Kent and Durham are situated on previous industrial sites, bringing a new lease of life to previously rough and forgotten areas.

Hugh Edeleanu had a vision, which has now become a reality.

Such is the growth of the Diggerland brand, that all parks now sell ‘Digger clothing and gifts’ to a highly supportive audience, and additional activities have been added, including Digger and Dumper Racing as well as Team Building events for the Corporate market.