In front of an audience of over 1,500 people, Hugh successfully completed an incredible world first stunt. Whilst 4 metres up in the air, Hugh drove a Komatsu digger weighing in at 2 tonnes over a tight rope from one platform to the other, across a 30 metre distance.

Speaking of his accomplishment, Hugh Edeleanu commented: “I have done loads of stunts over the years but this was one of the most challenging and certainly the most risky.”

When asked if there were any more stunts planned for the future, Hugh said: “There will be but I can’t tell you. I like to keep things a surprise. No one knew about this digger tightrope stunt and people have been speculating about what was going to happen. I like to keep it exciting and let everyone enjoy the show.”

Do you want to watch the stunt? Check out our latest YouTube video to view all the action! 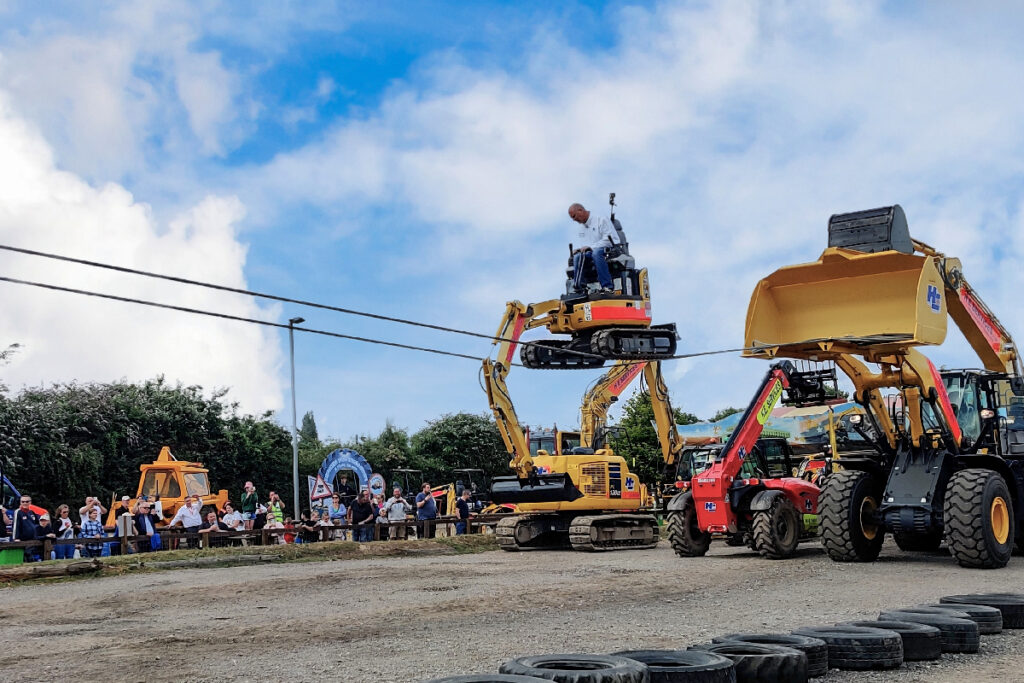 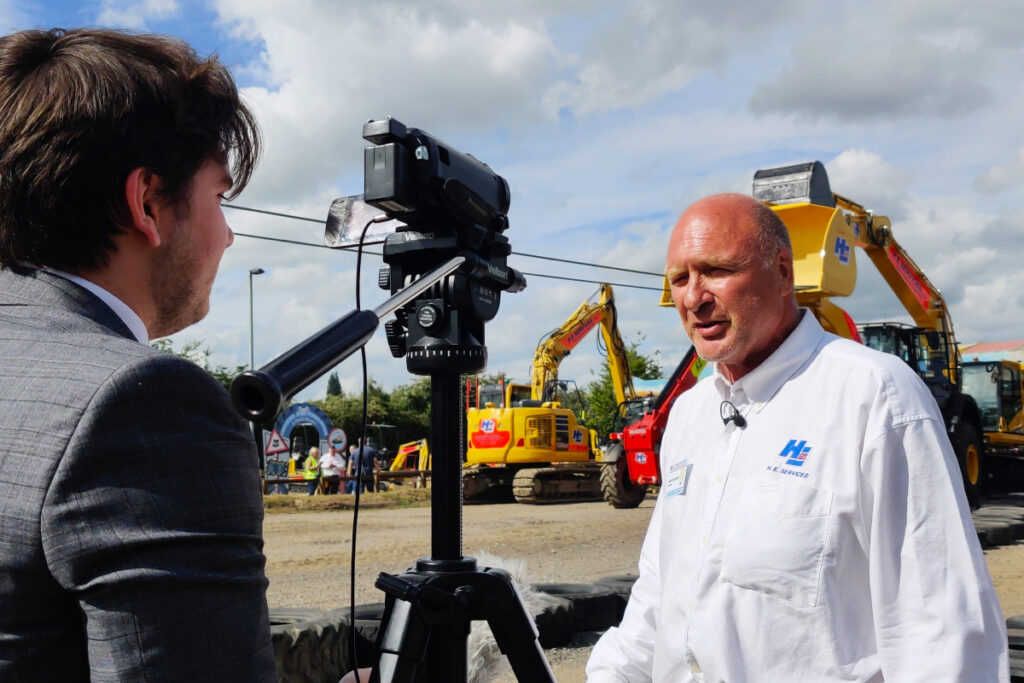 WHAT OTHER STUNTS HAVE PREVIOUSLY BEEN COMPLETED?

Famed for his other World Records and unique displays using diggers in all manner of weird, wonderful and wacky demonstrations, Chairman Hugh, who also owns the UKs largest Digger Hire company, H. E. SERVICES really does not fail to impress.

Hugh’s previous records and stunts include:

This latest digger tightrope stunt certainly impressed all the spectators, with one viewer commenting, “It was most definitely impressive”. When asked what was going through their minds whilst Hugh did his stunt, another viewer said, “I thought he was going to die!” Hugh promises to continue to thrill audiences throughout the UK for many years to come.

We use cookies on our website to give you the most relevant experience by remembering your preferences and repeat visits. By clicking “Accept All”, you consent to the use of ALL the cookies. However, you may visit "Cookie Settings" to provide a controlled consent.
Cookie SettingsAccept All
Manage consent

This website uses cookies to improve your experience while you navigate through the website. Out of these cookies, the cookies that are categorized as necessary are stored on your browser as they are essential for the working of basic functionalities of the website. We also use third-party cookies that help us analyze and understand how you use this website. These cookies will be stored in your browser only with your consent. You also have the option to opt-out of these cookies. But opting out of some of these cookies may have an effect on your browsing experience.
Necessary Always Enabled
Necessary cookies are absolutely essential for the website to function properly. This category only includes cookies that ensures basic functionalities and security features of the website. These cookies do not store any personal information.
Non-necessary
Any cookies that may not be particularly necessary for the website to function and is used specifically to collect user personal data via analytics, ads, other embedded contents are termed as non-necessary cookies. It is mandatory to procure user consent prior to running these cookies on your website.
SAVE & ACCEPT